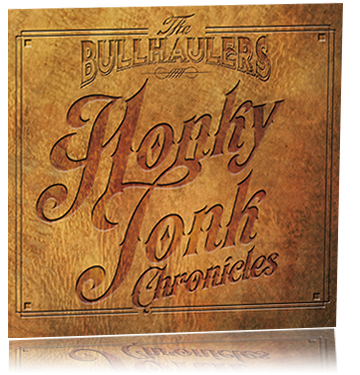 “Honky Tonk Chronicles” from The Bullhaulers. Download your copy today on iTunes or Amazon!

Influenced by country artists like Waylon Jennings, Merle Haggard & Charlie Daniels and rock artists such as Bob Seger and the Marshall Tucker band, the group has played honky tonks, fairs, and festivals throughout the Midwest, sharing the stage with national acts such as Turnpike Troubadours, Billy Joe Shaver,  Chris Knight, Whitey Morgan, and many others.

The Bullhaulers have released one album of original material titled “Honky Tonk Chronicles”, which receives airplay on many independent radio stations across the country.  It is available for purchase on iTunes and Amazon Music and is also availalbe on streaming services such as Pandora, You Tube & Spotify.

Knucklehead’s Saloon with The Whiskeybenders, Tater & the Gravy Train & Pert Near Sandstone

For booking information call Justin Schoening at 660-853-9242 or fill out the form below to send us a message and we will get back with you as soon as possible.